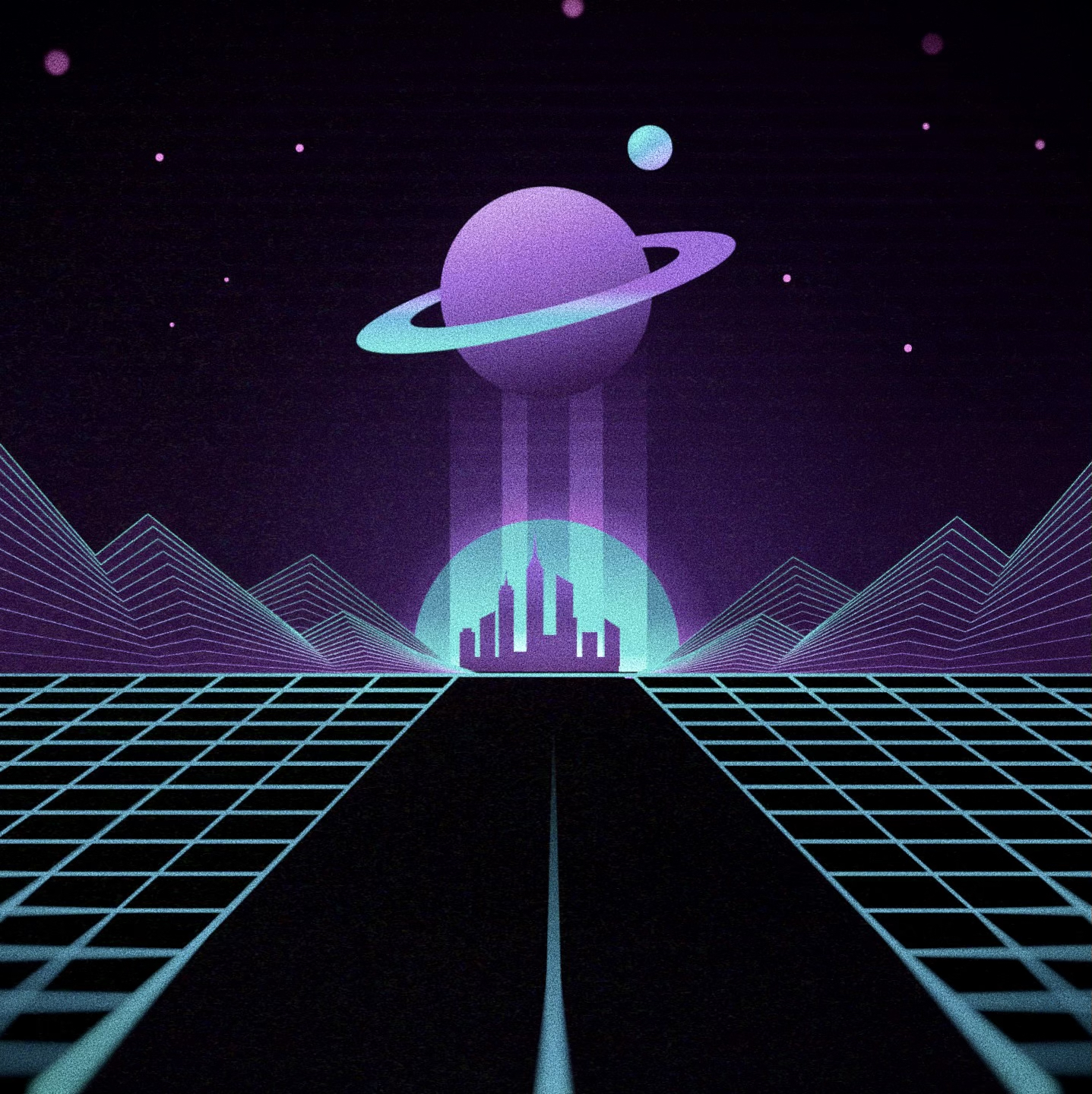 Zuckerberg's Most Wicked Tech Yet

I repeat, Snoop Dogg spent over HALF A MILLION DOLLARS on a non-physical asset in an intangible augmented reality. Among thousands of other early adopters of the Metaverse, Snoop Dogg is not the only individual to have dropped an insane amount of money on a computerized pad. In fact, thousands of investors are paying millions for virtual land in the metaverse because they consider it the next massive trend in real estate. Massive shifts in social media, gaming, investing, online dating, work-life balance, culture, and how we view the physical world as a whole are all key examples of what is approaching with the debut of the Metaverse.

What better tech monster to spearhead the initiation of metaverse technology than the acknowledged data-overlord himself? Mark Zuckerberg. Everyone is familiar with the five tech giants: Google, Apple, Microsoft, Amazon, and Facebook–which was recently renamed “Meta”. These five companies comprise GAMAM, the official name for their inclusive grouping. Aside from Saudi Aramco, GAMAM is the top 5 of the world’s largest publicly traded companies by market capitalization, which refers to the total value of all a company’s shares of stock.

Although each member of GAMAM has acquired its own independent data collections, the harvest of personal data, privatized data, and publication data that Meta has developed through its platforms from around the globe is especially harrowing. It’s been reported that, as of 2022, Facebook generates over 4 petabytes of data per day. For comparison, that equates to over a million gigabytes. Facebook has no storage limit; they have prioritized maintaining the stream of constant data collection above all else. All of that data is stored in hives around the United States (each harboring about 300 petabytes of data).

In a way, the recent decade of omnipresent social media obsession has already conditioned us to metaverse habits. Platforms such as Instagram, Facebook, Snapchat, and Tik Tok are, in fact, doors into the Metaverse. I believe they were phase 1 of conditioning society towards their ultimate goal of delivering an even more unavoidable and seductive digital existence.

The narrative being used to describe the Metaverse focuses heavily on selling to users that the new wave of technology will allow them more-seamlessly meet people, conduct business, sell content, join communities, catch up with family, and attend conventions, among others. Therefore, Meta only highlights activities that sound “productivity-boosting”– hence, “why they should participate in it”. I mean, who wouldn’t at least consider using a platform if it’s being advertised as a tool? - especially a tool that would allow users to do THIS amount of things all in one place.

I am a big fan of technological tools. I utilize many websites and applications, and I am grateful for all of the beauty digital technology cultivates. But, I’ll be honest and confess that I am very selective with how I conduct myself on the internet, mainly when it comes to determining what platforms to donate my data to. The illusion with anything “free” is that it’s rarely ever free. Most people think that creating a free account on a social media app is a no-brainer because there isn’t a clear caveat. But, here’s a rule of thumb: When there isn’t an obvious pitfall on free digital websites, the cost is your personal data. It is essential we inform older adults and people of previous generations of this information. Mainly because they are more susceptible to cyber-crime, data exploitation, and hacking due to having less organic exposure to learning about all of the everchanging realities in the digital space.

Trading In Beauty for Convenience

There are already people getting married in the Metaverse. No, seriously, one couple recently tied the not and completed the first-ever augmented reality wedding. Is nothing sacred anymore? What is so gosh-darn enticing about virtual reality and animated-looking avatars that are attracting this many people, this fast, to fulfill milestones in the Metaverse? I get the logic of wanting to join the Metaverse due to more realistic video-call meetings for work or to chat with a loved one via long-distance, but attending church in the Metaverse because you’re too lazy to drive a block down the street to attend mass in-person… inexcusable.

I think society needs a bit of a refresher on why valuing things in the physical world is essential to our survival. Mother nature has provided us with an abundance of abilities and resources for us to continue procreating. When we indulge in forms of escapism that remove us from the physical world, we are moving further away from developing tangible social and survival skills. People need to seriously ask themselves, is engaging in digital technology for short-convenience worth trading in the evolution of humanity in the long term?

The Colonization of Consciousness

One of my favorite thinkers is Russell Brand. He has referred to the expected Metaverse as “the colonization of consciousness”; because Facebook is doing everything it can to create a monopoly on human existence. In other words, society and culture will both be imported into a universe run by a megalomaniac named Mark Zuckerberg.

Similar to other billionaires who are entering into new realms, Mark Zuckerberg is expanding his monopoly on human consciousness. However, while Elon Musk and Jeff Bezos have their eyes set on space travel and elemental exploration, Zuckerberg believes he can do more “good” for society by capitalizing on our deepest wants and desires. With over 2 billion users worldwide, Facebook already has five times the amount of active users than any other social media company. But, for Facebook (i.e., Meta), the amount of reach they have now clearly isn’t enough.

I wouldn’t be surprised to know that the celebrities and influencers who have already joined metaverse-type platforms were actually paid to do so. Because once enough influential people, businesses, and cordial groups are in, everyone else then has no choice but to jump into the Metaverse or face extreme outcasting. So it really won’t be long before Meta is handing out VR headsets like candy. Since they already dominate the virtual reality hardware market, I’m sure the rate at which these VR devices are being created at a mass scale is alarming. In succeeding at getting a VR headset in everyone's hands, Meta would then be able to reap more benefits by implementing their new segment of culture–luring everyone into the Metaverse.

Meta is actively working to control our reality in three key ways: through religious control, economic control, and political control. If they can get social groups, religious groups, businesses, workspaces, news, and political groups to be sucked into the Metaverse, then you would have no other choice but to join in. This is what I mean by extreme outcasting. Similar to how someone would likely get judged for not using a smartphone in 2022, Meta hopes to recreate an akin set of circumstances as an incentive to join the virtual reality bandwagon. Meta knows people have an innate desire to be socially accepted by others. By putting money and energy towards attracting the largest culture-influencing groups in our society, Meta is strategizing to acquire the most users possible.

For example, one of America's most popular and well-known churches just signed a deal for an exclusive partnership with Meta. Due to having below-average charisma and social skills, Zuckerberg most likely deployed many capable and persuasive subordinates to take the lead on selling Metaverse's "beauty" to Hillsong's team members. Seeing this level of dangerous technology tempt Christian churches is frustrating, and it angers me. Given that most Christian teaching emphasizes down-to-earth living and encourages the routing of our attention to God above all else, any church willing to conduct practices in the Metaverse directly contradicts their religious values.

Throughout the past several years, Facebook has been courting a multitude of large religious, economic, and political groups. According to Facebook’s COO, Sheryl Sandberg, the company “hopes to host religious services in virtual reality spaces; as well as use augmented reality as an educational tool to teach children the story of their faith.” In short, this should scare you.

Although Meta is attempting to reel in enthusiasm for the Metaverse by saying it will launch an enticing new multi-billion dollar economy, I would encourage people not to get overly excited quite yet. New technology is interesting; I won’t lie. I do think it’s healthy to be curious, explore, and experiment with new things, especially up-and-coming technology. However, I think it’s safe to say this case scenario might be a bit of an outlier, given the context available to us surrounding Zuckerberg’s motives for developing the Metaverse. Reside on the side of caution, especially since Meta has mostly all of our personal data already. Train your observational skills to look at this upcoming shift in culture through many lenses. Strengthen your muscles to refrain from falling into temptation. Lastly, since most things in life are not black and white, the Metaverse being one of them, stay on high alert for noticing corruption. In case you forgot, Mark Zuckerberg is not an elected official with any warranted entitlement to make existential decisions for our global society.