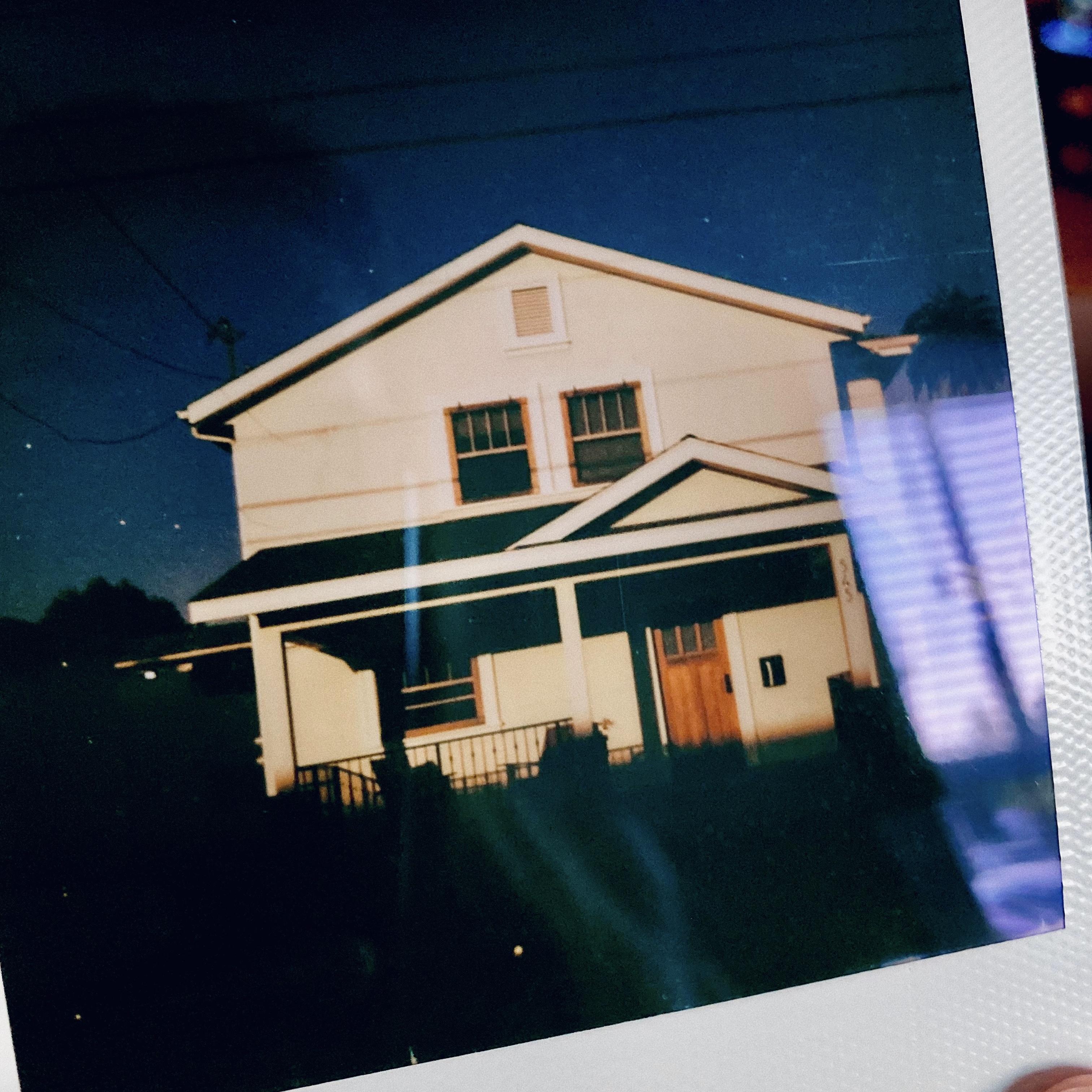 Most people are familiar with the saying, “It’s not goodbye. It's ‘see you later’.” Although I may have utilized that angle while parting from my college friends, I had a much more contrasting reaction when saying goodbye to the physical location of Old Town Orange. I lived in the heart of Orange for the past four years. What brought me there was my enrollment in Chapman University, a school that is a hidden gem. I distinctly remember the first time I flew out to tour the campus. Although I was invested in absorbing information about the school and admissions, and all that jazz, what sold me on wanting to move there was the simply adorable, humble, and subtle town that Chapman calls home.

For anyone who hasn’t been to this area, I’ll paint a quick picture for you. The town of Orange is a part of Orange County, but it is NOT anything even close to resembling cities like Irvine, Newport, or Laguna. OC is vast, spanning dozens of miles in all directions, and contains many different beaches. But Orange has no beach; it is much more inland and comes with a bubble-like feeling when you’re there. The city of Orange was founded a very long time ago, actually, back in 1888. In fact, one of the first streets that created the historic district, known as Glassell street, was only a block away from the house I lived in throughout virtually all of college.

It boggles my mind how a town like Orange has been able to maintain such a down-to-earth, quaint, and old-fashioned experience even though it’s one of the oldest locations established in SoCal. As evidenced by many other California areas, the immense population densities have resulted in mass development, industrial hot spots, and unnecessarily large mansion neighborhoods. Orange does not possess any of these things. Orange is home to enchanting homes with lots of personalities, a wide variety of plant species that make it look very lush (all of the streets are named after featured trees, how cute), many fantastic boutique stores and restaurants, and of course, Chapman’s campus. For instance, the lovely street that I lived on was called “Olive”.

The photo depicted above is an outside view of the house I rented alongside three close friends that I considered my “home-mates”. Yes, to me, it wasn’t just a house; we turned it into a home. After barely escaping the freshman-year dorms, moving into our new house was nothing short of a severe upgrade. I’m sure many people reading this know that same feeling of relief. Granted, throughout the recent years, we dealt with a wicked landlord, a few black widow infestations, some theft scenarios (iykyk), and pesky noise complaints from next-door neighbors. But that’s the drill, right? As I look back, I only remember the positives. Truly, any negative hurdles thrown at us during our time there have now been buried by sincere admiration for this wholesome place known as Old Town Orange. In other words, it is undoubtedly a diamond in the rough.

I won’t bore you by getting into any specific college stories, but I do want to shed some light on how beyond thankful I am to the universe for aligning the stars of my life to place me in the town of Orange to attend Chapman. If that hadn’t come to fruition, I would have never had the same opportunities to be surrounded by the people that I was, in the place that I was, and in the unique way that I was. And, right now, I’m writing this in the past tense because technically, it is over, a harsh reality that’ll result in transitioning to the next phase. But I know that I’m not alone. My peers are this year’s fellow graduates who dealt with an absurd global pandemic, put up with online school, and maybe faced the reality of postponed commencement. In my case, I am on standby until August of this year to walk in graduation and even receive my diploma. I’m slightly salty about it, but if it means I can visit Orange one last time, I’ll happily take it.

Working adults always say things like “enjoy the college years”, “be as involved as possible”, or that college is “an investment in knowledge”, etc. Although I don’t disagree entirely with those statements, I don’t praise them either. Since I’ve never been a student who gave two shits about my grades, it freed up lots of time for me to learn about and pursue other areas outside of class. While at Chapman, I played for the tennis team and joined a sorority, but I certainly was not the student government president or in a million clubs intended for pointless resume building. And finally, although I CERTAINLY enjoyed my college years, I will work towards ensuring that moments of fun can be planned with friends from here on out even though we’re not only a block away from each other anymore.

Indeed, one of the most profound realizations I’ve had recently is that sometimes the best moments are the ones that are curated. As much as spontaneous outings and hangouts can be surprisingly enjoyable, it’ll be the more planned and created moments that I remember most when I look back at the entirety of my college experience. I am profoundly grateful for those moments. There are not enough words to describe how vital they were for my personal growth and overall outlook on life. Honestly, back in 2017, I could have never predicted the monumental level of development, maturity, and suspension that I’d walk away with from these past four years. But I get it now, and I owe it all to Orange.

During a recent dinner date with my Dad, he stated, “Chapman is like the perfect blend of business and creative.”, and I could not have agreed with him more. I didn’t realize this reality initially, but as I became closer with friends across different majors, from other parts of the globe, and at a variety of exclusive events, I started to wrap my head around how unique this nature really is. As I met people from diverse backgrounds who possessed individual skill sets and had various majors of study, the two characteristics that I believe are most prevalent amongst Chapman students are their understanding of business paired with creativity. On their own, the studies of business and fine arts are completely separate spaces. Yet, nowadays, with the rise in digital association, the two have never been closer.

We are already well-engrossed in the creative revolution, so essentially, having some amount of creative awareness/appreciation is absolutely critical. Similarly, with business, since it’s referred to as the study of “common sense”, it relates to many aspects of how our modern civilization functions. A part of what I’ve gathered from Chapman’s community is that there is such an ideal amount of progressivism towards new ideas, future concepts, and open-mindedness and an appropriate amount of critical thinking, strong values, and tradition. I am so grateful to have been immersed in a community where I was pushed both corporately and artistically by those around me. And I mainly attribute this reality to my close friends. Side note, for the record, I will NOT be publishing any corporate updates about my professional status on my LinkedIn - the reason being that: A. Who cares? B. Shouldn’t the gauge of one’s collegiate growth be more surrounding their metaphysical presentation and not the quantitative logistics? and C. Everyone has a custom experience in their transition out of college; there is no road map.

The final part of this entry goes out to all of the boyz n squirrels who share the same recognition that curated moments are fiercely memorable. From the many band concerts, themed soirees, art showcase events, screenings, and collaborative project endeavors, Old Town Orange fostered a hell of an inventory of fruitful occasions. And by fruitful, I mean full of meaningful personable connections, intelligent exchanges, existential conversations, artistic inspiration, dancing, laughs, cries, and thousands of beverage cheers. Not only is Orange named after a very popular fruit, but it was deeply fruitful to me in many many ways. To this day, the town is still ripe with potential, competent young people, and is located in an optimal nook of California that allows students to partake in high-speed activities up in LA, outdoor adventures via road trip, and just the right amount of slow-life exposure to keep us all grounded. While saying goodbye to my darling home on olive street, I reflected on important memories within the house, and while exiting the town of orange, I replayed treasured flashbacks of much more profound moments. I’m burying a time capsule there at the end of the summer :)

Thank you so much for reading.