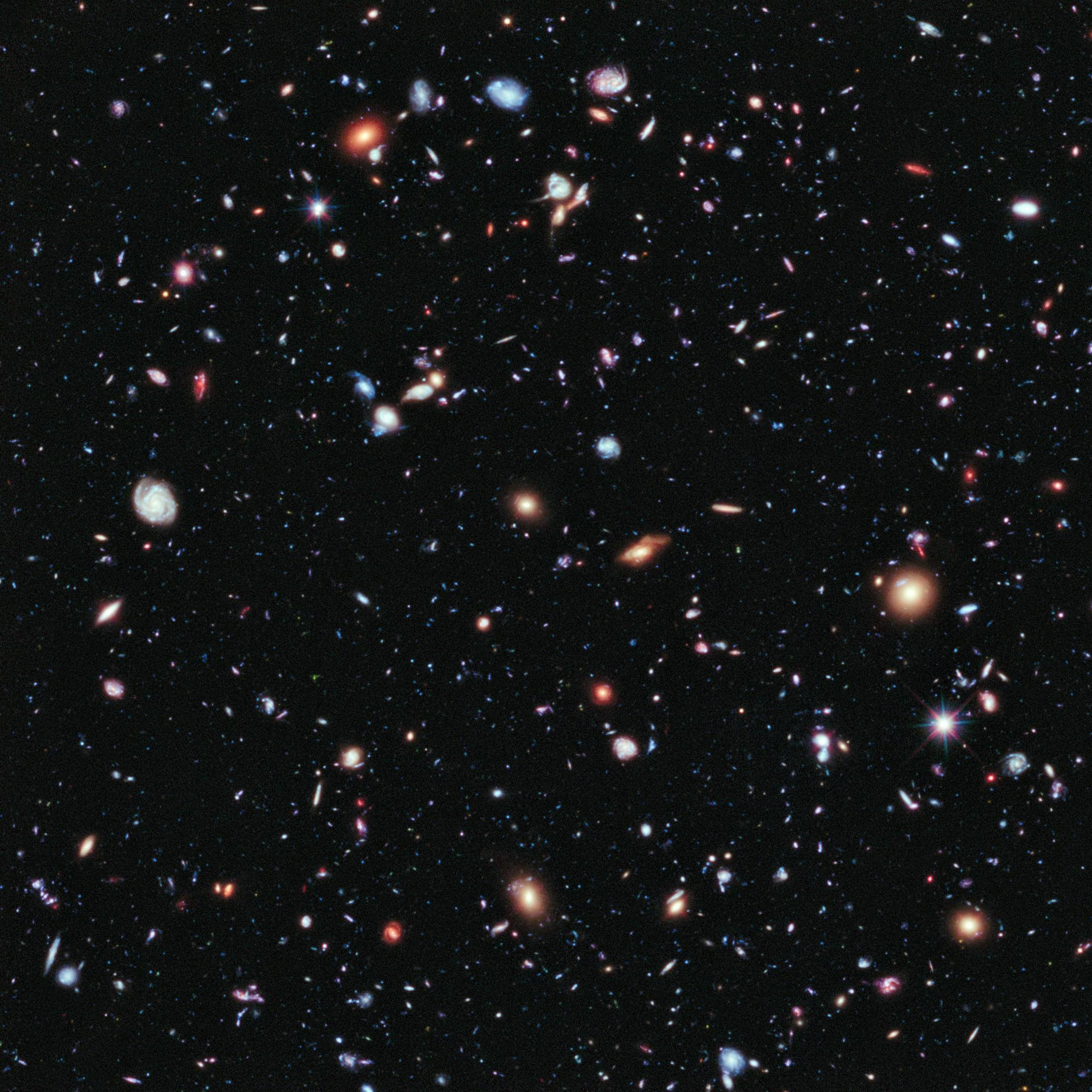 The cover image attached to this entry is a well-known photograph taken by the Hubble Space Telescope. The picture itself showcases a view of nearly 10,000 galaxies and is now referred to as the Hubble Ultra Deep Field. All credit to NASA, ESA, and the HUDF team for attaining the incredible shot back in the early 2000s. The image required more than 800 exposures and was taken over the course of 400 Hubble orbits around Earth. In short, the total exposure time was 11.3 days, making it one of the most challenging and impressive achievements in photography to date. The blend of scientific and artistic expertise that came together to secure the final image is certainly still deserving of admiration, even two decades later.

Astrophotography, also known as astronomical imaging, is the photography of astronomical objects, celestial events, or areas of the sky. Although an easy hobby, astrophotography can be challenging to master at an expert level, especially if you have only one lens and a camera. So before you go on thinking the Hubble Ultra Deep Field image can be easily recreated from your backyard, remember that it took a nearly 50-foot telescope, which was positioned beyond Earth's atmosphere, and some of the most mathematically advanced minds around to pull off the remarkable photograph.

The evolution of astrophotography is interesting because it was initially understood as a way to supplement science; by making it possible to record observations. Similar to how the overall industry evolved, the quality of astrophotographs did too. For instance, Isaac Roberts of Dublin achieved the first image captured of another galaxy in 1888. The image showcases Andromeda, the nearest large galaxy to the Milky Way. As you can deduce from observing the final image quality, camera technology has progressed tenfold since the late 1800s; and for the better.

The Hubble Ultra Deep Field image is stunning in various ways. For example, many vibrant colors illuminate assorted galaxy shapes, no two are perfectly identical, and it possesses a powerful amount of depth. In addition, it appears as though almost every color in the rainbow is present somewhere in the photograph. Thanks to books and the internet, everyone has already encountered thousands of images of a starry night sky, planets in our solar system, and even portions of the Milky Way. However, before the deep field image was published, no one had ever seen hundreds of far-away galaxies in a single instance unless you had obtained access to a multi-million dollar telescope.

Aside from acknowledging its beautiful optics, you can perceive the image much more holistically by recognizing the deeply psychological, emotional, and spiritual connotations it emanates. From a psychological standpoint, the image puts your mind through a taxing mental exercise as you attempt to fathom its contents. Similarly, it has the capacity to induce varying emotional responses: curiosity, awe, wonder, anxiety, intimidation, fear, or maybe a combination of multiple. Once our emotions become involved, alertness to our inner selves increases, and we begin to question spiritual philosophies.

Hypothetically speaking, graphic designers and illustrators could likely arrive at an almost identical replica of the authentic Hubble Ultra Deep Field photograph by using 21st-century digital creative software. However, if you look closely at the original image, every single dot, basically a unique galaxy on its own, appears to have an obscure shape. Currently, it's relatively easy to render perfect ellipses on most digital creative software, but it is much harder to give them personality. With that being said, it would take eons to reproduce a visual composition that features the thousands of tiny galaxies while ensuring their precise individual shape is retained. I felt compelled to mention these seemingly-insignificant details because I believe it may help us better understand the complexity and legitimacy of the original photograph.

Many well-known theories circulate in our modern society, revealing peoples' skepticism towards aeronautic organizations, such as NASA. And perhaps to your surprise, there are a lot of folks who wholeheartedly believe that every piece of "evidence" of outer space was once devised, engineered, and propagandized to the public for classified reasons. I'll admit, I've gone through moments of suspicion; however, I am not a "flat-earther" and do believe humans have gathered several significant items of evidence over the years, highlighting that Earth is only one body of matter among a vast universe; thus, proving we know very little about our existence.

Assuming the Hubble telescope did produce the image according to how the organizations claim, then the contents of the photograph reveal several groundbreaking discoveries about the reality of the cosmos; and, what's even more remarkable, is we all get to acknowledge and appreciate the set of findings together, as humans.

Are "Macro" and "Micro" Always Relative?

The words "macro" and "micro" maintain a steady presence in our everyday dialogue. Typically, we use them to explain the size and scale of an object, plan, concept, or idea. In addition, however, there are many renditions and contexts of the two words across many subjects and domains, such as micro and macroeconomics, microphysics, macronutrients, microscopes, microcomputers, and macrons, not to be confused with macarons, and several more. Maybe the two expressions are conjoined to this many nouns because there are no other viable alternatives; who knows.

Recently, during instances of verbal conversation, I've caught myself introducing thoughts by using the phrase "on a macro-level" many times, and it got me thinking. I mean, as a form of rhetoric, using the phrase as a mere expression is a strategic way to gain listeners' attention and emphasize the scale of whatever it is you're talking about. I suppose everyone has their own mental process for boiling down complex ideas, philosophies, and dilemmas.

Personally, I've noticed that I tend to identify the big picture first and then gradually condense my thoughts to arrive at a key theme or focus. In other words, I consciously try to consider as many possibilities and elements of an idea, situation, or scope first and then employ a process of elimination to reduce the aspects of the matter that are irrelevant until I achieve a more precise understanding.

For example, let's say a new highly-publicized global current event occurs, resulting in a tidal wave of ethical and moral questions that enter the equation and subsequent political debate. Your social impulses may help you identify the most popular stance but tell you to adhere to a groupthink mentality because it is a safer position. Your detective side may become activated, propelling you to research more on the event to gather as much information as possible before arriving at any conclusions. Your skeptical nature may put you in a pessimistic frame of mind, making it feel challenging to empathize with the suffering involved with the event's happenings. Or, maybe, you have a subconscious disregard for events such as the one in context altogether, resulting in complete apathy towards the conversation. Whatever your initial inclination is, it is entirely human. Because we are innately flawed, no one possesses the capacity to understand, digest, communicate, and oversee every detail of an event perfectly. I believe we all need to practice more mindfulness, both internally and externally, to help regulate the many thought processes and communications that result from matters discussed on the societal level.

Thinking may seem like an effortless activity because we don't have to instruct our brains to do it, per se. The actions of performing our everyday routines, using trivial dialogue, and left-foot right-foot behaviors are so automatic; therefore, they require less mental labor. Still, there is a hierarchy of thinking capacity that continues beyond the mundane, each level requiring greater mental vigor. In the upper echelons of this so-called "thinking scale," solutions sometimes demand more from your working mind than just logic and reason. In other words, you might have to tap into different types of intelligence in order to communicate your notions in a relevant way, according to the context at hand, i.e., physical, emotional, or spiritual intelligence. For example, I've noticed how certain political groups refuse to step off the train of "logic and reason" when threatened with conflicting points of view. In contrast, other groups allow their thoughts to be solely guided by emotional inclinations, which can blur the true nature of the context in their minds.

With that being said, I think a considerable method of deduction is to consciously welcome in as many elements of a matter as your mind will allow, let each type of intelligence express itself naturally, and then mindfully clean up the many thoughts, questions, and emotions in accordance with your most fundamental values. But, of course, it isn't easy to articulate this form of thought process regarding how to do it, if you should do it, or how to know if you use it already. As we know, the human mind is still a mystery because we all process information uniquely, which is also a beautiful thing.

Sometimes your thinking process can reach such a macro-level that the simplest explanation of everything seems micro, and by micro, I mean rudimentary. Examples of rudimentary principles are “good vs. evil”, “black vs. white”, and “right vs. wrong”. Even a two-year-old can grasp the nature of these dichotomies.

I’m not a fan of dichotomous thinking. I also don’t believe that humans are entirely good or evil. I believe we were created with a purpose and in God’s image. Yet, I believe He designed us with the capacity for full-spectrum thinking to allow room for nuance; and there is beauty in nuance. If every matter can be boiled down to some sort of binary, we would live in a very bland world.

Thank you for reading.