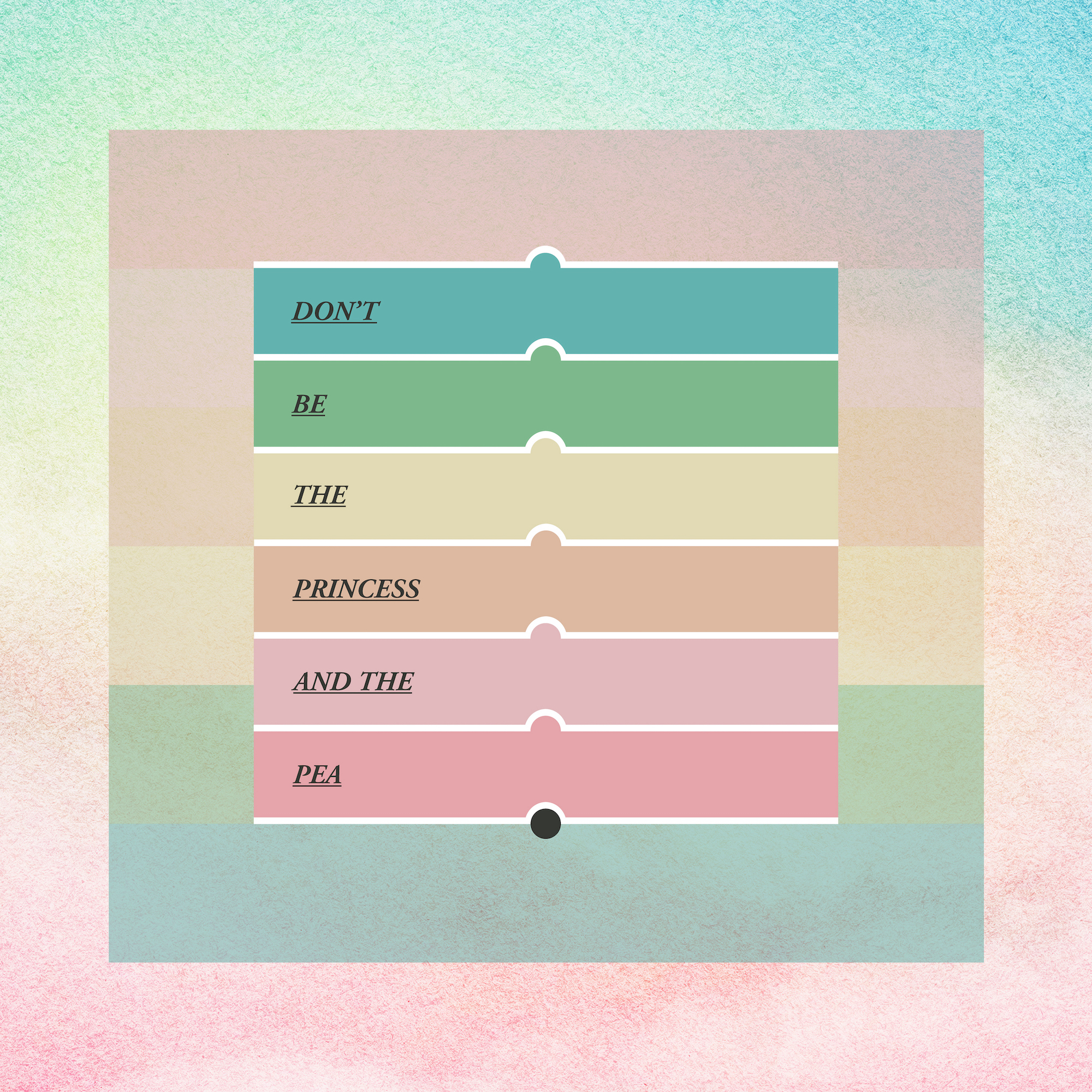 Don't Be The Princess and The Pea

Everyone knows the story of The Princess and The Pea.

In short, a princess was put to a test of authenticity.

A prince who was eager to marry, devised a plan to see

if the princess in question would notice a measly pea.

Before her slumber, below a tower of mattresses,

a singular pea was placed underneath.

The next morning, the princess expresses

“I slept horrible”; the prince began to quench his teeth.

You see, because the princess noticed

such an insignificant little pea,

and convinced that the princess truly held a decree.

In the end, she may have passed the prince’s test of royalty

of which she earned his family’s trust;

but could she have done it a little less flamboyantly?

She should have kept her gratitude a must.

At face-value, this fable warns against jumping to conclusions.

It attempts to emphasize delicacy, without any elaborate illusions.

The pea test proved that the princess wasn’t an imposter.

But, what did all of that sleep drama actually cost her?

How overdramatic is it to complain about a puny pea…

Was she really that light of a sleeper that it obstructed her sleep?

all of the inefficiencies that come with a lifestyle that is cheap.

For most folk, there are a million other daily problems

than having sleep hindered by an inconsequential pea;

and many of those people never complain

about even the most worthy of problems facing thee.

Yet, here we are, with fairy tales teaching young girls

that they aren’t princesses unless they wear pearls.

And, why is it that we praise fragility?

Resilience and gratitude are what prove our feasibility.

Stressing and complaining will change nothing.

Take action, make a change, and never look back.

The Princess and The Pea can certainly teach us something:

our self-worth should not be determined by what we may lack.

I admire the princess for staying authentic,

although she was a complete utter drama queen.

I admire the prince for being so poetic,

by how he was able to verify the foreseen.

A miniscule pea placed so intricately,

so deliberately, premeditatively, and intentionally;

is quite an original methodology

to disturb the princess and make her rattled.

But only the most unique of stories hold up in battle.

There are many themes found in this fable regardless.

However, I challenge readers to perceive the hidden darkness.

Do not become a prince or princess who complains about a measly pea.

Be a prince or princess who embodies decency.