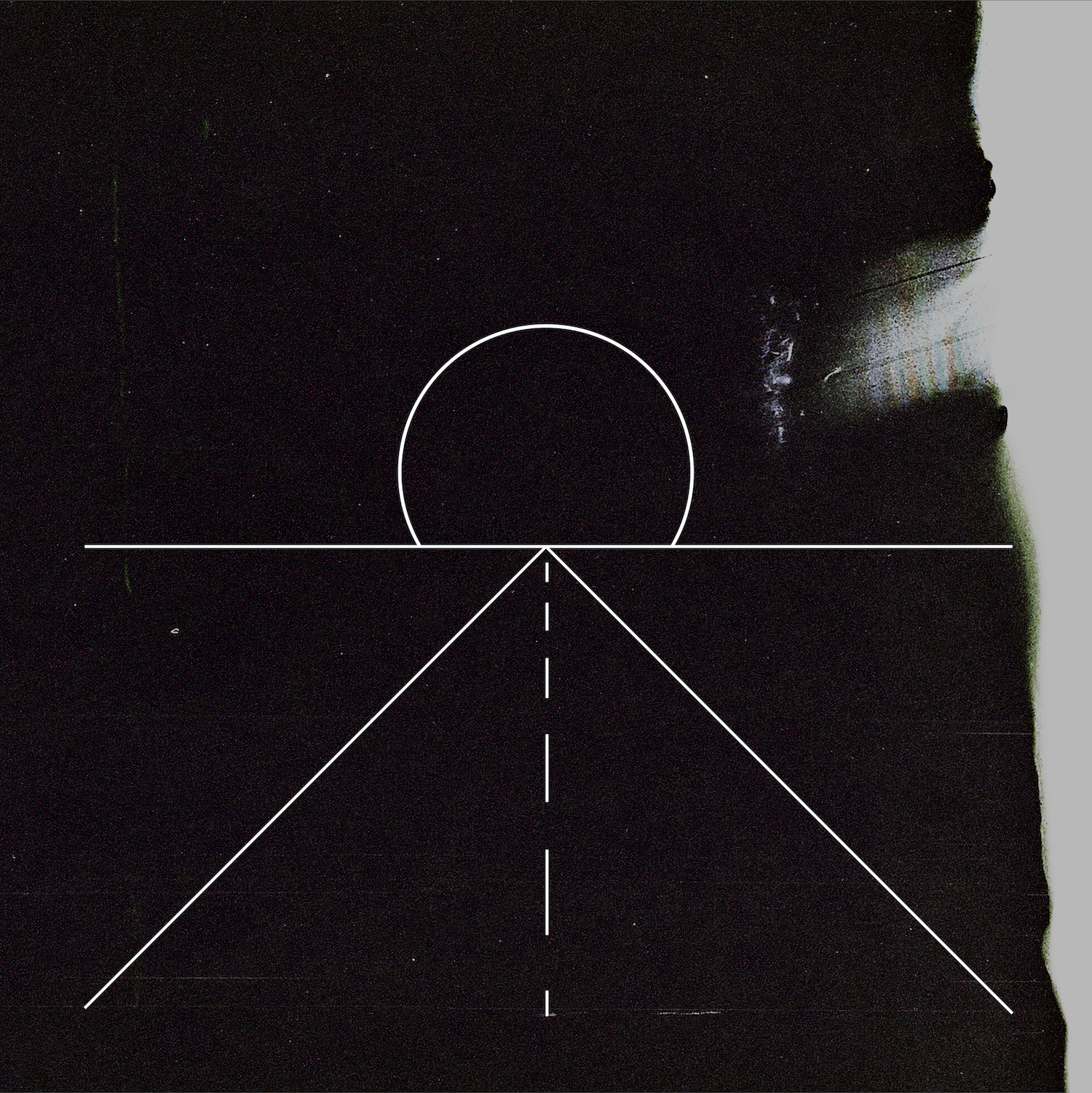 One thing in life that fills me with true satisfaction is being struck by an epiphany. For me, the feeling of having an epiphany is a most serendipitous moment of mental clarity. For others, epiphanies are bursts of joy, with dopamine or oxytocin rushes. I suppose everyone experiences them differently. When I gain new insight on a particular aspect of life or discover something that speaks to me uniquely, I come to the realization that I'm experiencing an epiphany. And at that moment, it feels that all wrongs have been righted, and a feeling of wholeness ensues. Thereafter, I become instantly devoted to the corresponding cause or passion ignited by that very moment. And sometimes I take it too far; by either throwing myself into the thought-process so profoundly that I lose touch with reality or, even worse, abandoning previous endeavors or responsibilities to compulsively complete whatever instructions laid out, associated with such epiphany. There have been many occasions where I was unable to catch myself and prevent the continuing of this bad habit. It was only recently that I now realize all of the colors and elements that go into the epiphanies I experience. And the biggest realization of all is that I've caught myself trying to chase them.

I'd assume everyone is familiar with the feeling attached to an epiphany. It feels good to have mental clarity. It feels good to be inspired. And it certainly feels good to get a sense that you understand the steps necessary to reap success in whatever tasks you realize need to be completed. Granted, some may have epiphany moments more than others. But maybe those who don't have them as often experience rare but extraordinarily powerful ones. I believe I've only had a small number of robust epiphanies, such as those. Typically, I experience much more recurring ones. Ones that last a noticeable amount of time but inevitably proceed to fade away at some point. When I say "fade away," I mean that the initial culmination of joy towards the discovery fades, and I sometimes leave behind a small pile of discarded philosophies, career paths, hobbies, relationship ideals, or interests that don't seem to provide the same level of stimulation that they once did in the beginning. Without speaking too somberly, I want to emphasize the positive fact that I've realized this pattern within my psyche. And with this realization comes a heightened perspective on how to correct it, cope with it, and ultimately veer towards adopting a more efficient system of thought-processing.

What helps me deal with the "discard pile," as mentioned above, is knowing that my ever-evolving philosophies will be constantly refined. While the electrifying epiphany moments make you feel that you have everything figured out, the fade-away moments make you feel dull and insinuate the sense of being lost again. It is not an efficient habit to chase epiphanies, especially if your goal is to make the initial electricity last forever because it simply doesn't. I thought of a visual metaphor that helps me remember what to focus on. Imagine putting together a puzzle that can never be fully completed, but that all of one's epiphanies are the pieces. We are the culmination of our epiphany moments, ever-developing and ever-changing. While each piece found and put into place not only provides a sense of awe and understanding at the moment, it then becomes easier to find and put down additional pieces. So if our younger years resemble what a newly-started puzzle looks like, with lots of pieces that haven't been placed yet, then surely it should be easier to piece together the puzzle of life as we continue to age and develop wisdom; similar to the end of a puzzle session where you just breeze through the final piece placing. I find this depiction to be a potent representation of the supposition at hand.

Ultimately, I think it is a temptation we have: to self-actualize. In Maslow's Hierarchy of Needs, self-actualization, which is the highest level one can reach in his model of human motivation, represents the "highest-order motivations," which drive us to realize our true potential and achieve our "ideal self." It seems like it'd be an easy feat, huh? Well, not so much. It is undoubtedly easier said than done. According to several sources, as we gaze into recent history, only a tiny number of self-actualized people stand out: Abraham Lincoln, Thomas Jefferson, Albert Einstein, Eleanor Roosevelt, Jane Addams, William James, and Aldous Huxley. When developing his hierarchy of needs, Maslow cited these exact individuals. He believed that they demonstrated different self-actualization aspects that helped him grasp a better understanding of what the concept really explains. Apparently, attaining full self-actualization is a common thing that people strive for, which I recently learned through conducting some research. You don't have to be famous or have an absurdly high IQ either. Self-actualization is a phenomenon that correlates to the complete realization of one's potential and the full development of one's abilities and appreciation for life. In other words, a self-actualized individual is a "master at life" and a professional at every talent gifted to them, according to Maslow and others.

I cannot even put into words how perplexing this set of theories is to me. It's almost as if hearing humanitarians say "just be your best self" completely contradicts what a scientific understanding of psychology has concluded. On one side, I can wrap my head around how having theories like this in circulation can encourage motivation. But then, an even stronger opinion inside of me thinks that advertising theories like this can instill more depression and anxiety within society. When safety needs are not met, posttraumatic stress may occur. Individuals who do not feel love or belonging may experience depression or anxiety. And in regards to self-actualization, a lack of esteem, or the inability to self-actualize may also contribute to nihilism, the feeling of being lost, and overall negativity at an individual level. Certain personality types are more likely to have an innate drive, whether it's geared towards self-actualization or other life goals, which I do believe. But the suggestion, from "scientists," mind you, that every person is "supposed" to look towards attaining self-actualization is bonkers.

First of all, who knows what lies beyond our existence. As a practicing Catholic, I believe that God is the only fully self-actualized entity out there. I think that no matter how masterful someone could be at an undertaking available to us on Earth, they shouldn't be granted an egotistical tier of life-success that separates them from everyone else. Moreover, I really do believe that there is no "perfect" life. I believe that there is no such thing as achieving nirvana, which is to make earthly feelings like suffering and desire disappear. And I believe that no matter how self-realized one could possibly be, there is always more to learn about oneself, others, and the world. Granted, Maslow's definition of self-actualization comes with a few details that I agree with and do want to point out.

He defines self-actualized people as individuals who accept themselves and others as they are. They are individuals who lack inhibition and can enjoy themselves and their lives free of guilt. He says that not only do self-actualized people fully accept themselves, but they also embrace other people for who they are as well. These encouragements are incredibly positive and easy to grasp. However, I don't believe that they can only be found in self-actualized people. I think they can be found in many others, too, even one's who haven't fully figured themselves out yet. So, my conclusion is: this theory falls within the grey area, like many other topics routinely discussed on the podcast. As humans, we are tempted to formulate conclusions on philosophies that consist of black and white natures. By the same token, the black and white understandings of all things are easier to digest than the grey area realities of our existence. But that doesn't mean they're better.

So, enough with the self-actualization talk. I came here to jot down thoughts about chasing epiphanies. "Aha!" moments are the signposts along the path to understanding the world and his or her place in it. I find it helpful to journal about any new epiphanies and obsessions I have; to help reflect on them and how each uniquely pertains to me. Since humility is a characteristic I value tremendously, I gravitate towards people who knowingly and happily admit that they do not fully understand themselves or the world. These are people who are the opposite of entitled; no matter how financially successful in society they appear to be, they will always understand that there is more of a person they can/will be. If life were just a standard race of everyone crossing the finish line at 60 years old with the maximum amount of money they could make and having every stereotypically "happy" life attribute, then things would be so cookie-cutter. That's a world I wouldn't want to live in. There is beauty in nuance. There is intrigue in mystery. There is stimulation in boredom. And there is comfort in the unknown. I mean, hey, "not all those who wander are lost."

Wanna hear something ironic? The very moment that this entry concept came to me was, in itself, an epiphany moment. I had an epiphany about writing about epiphanies. When it came to me, I was in the car, driving home to Arizona from California. I was traveling on the same driving route that I had taken many times prior, and one that I've known always seems to put me into a thought-trance. As I stared at the lines of the road zooming towards me and the sun exponentially rising from east to west, facing me, I had another epiphany too. This one was that the vista, in my perception, consisted of the same nature indicative in the puzzle metaphor: there is no ultimate epiphany moment. You can try to chase them. You may experience some small ones along the way. But if you are searching for some singular, grand epiphany that explains every single thing about yourself or the world to you, it is crucial to re-configure your anticipations.

The cover image of this entry is a black and white, two-dimensional exhibition of the vista I epiphanized that morning. The black and white design decision correlates to our discussion of dichotomous thinking. The lines of the road were placed in perspective, the same view that was revealed to me while driving in the car along such a flat, unstimulating road. The sun in the distance symbolizes the "ultimate epiphany" that we will never be able to get to but are able to appreciate its beauty. And the flash flare on the right-hand side represents the electricity that comes along with experiencing everyday epiphanies and their importance in our growth.

"Trying to define yourself is like trying to bite your own teeth." - Alan Watts